By OFR_AdminSeptember 18, 2018Fundraisers, Upcoming Walk for the Wounded 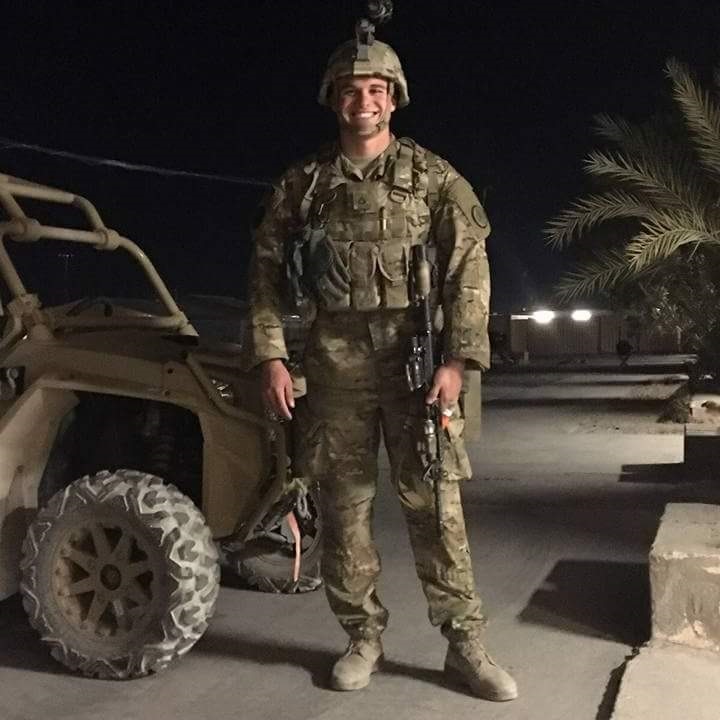 When walkers, sponsors, and supporters of the Tenth Annual Walk for the Wounded gather on the Ocean City Boardwalk on Saturday, Sept. 22, they will be doing more than raising funds and awareness for our nation’s injured soldiers.

They will also be celebrating the return of a local hero. After 18 months of service in the Middle East, United States Army Specialist Cole Gasperini, who was raised in Somers Point, will return to a warrior’s welcome.

“We can’t think of a better way to celebrate the tenth anniversary of the Walk than to celebrate the return of one of our own local heroes,” said Tricia Ciliberto of the 2018 Walk for the Wounded Committee. “We’re thrilled to welcome Cole as we continue working to support brave men and women like him who serve in our nation’s military.”

Cole Angelo Gasperini graduated from Mainland Regional High School in 2013 with a drive to serve. After graduation, he attended the Cape May County Police Academy, where he was the youngest officer to win a prestigious physical fitness award since 1980, scoring a perfect 100.

Gasperini’s academy graduation led him to the Wildwood Crest Police Department as a Class II officer and later to the Atlantic City Police Department. Deciding to serve his community on the national level, Gasperini joined the U.S. Army Infantry and was deployed to Afghanistan, Iraq and Syria for a total of 18 months. He plans to continue serving the American people by joining a local fire department.

Army Staff Sgt. Patrick Carney, Chief Warrant Officer Trevor Jenni, and Marine Corps Sgt. Wyatt Clevenger, three other local heroes, will join the celebration and explain how Operation First Response, the nonprofit organization that receives Walk for the Wounded proceeds, assisted them and other soldiers after their return from the battlefield.

Staff Sgt. Carney, a Linwood resident, completed two tours of duty in Iraq. Over the course of his service, he sustained various injuries, including a dislocated shoulder, traumatic brain injury and damage to many of his joints.

Chief Warrant Officer Trevor Jenni, a graduate of Absegami High School, joined the Army in 1997 and was deployed to Kandahar, Afghanistan, from August of 2002 through March of 2003 as Infantry Squad Leader in the 82nd Airborne.

While serving, he experienced multiple mortar attacks, and during airborne training in 2003, he suffered injuries to his right foot and head. Despite suffering from short-term memory loss, he completed flight school and served as a Blackhawk pilot in Iraq from May of 2009 through January of 2010.

In 2011, Chief Warrant Officer Jenni grounded himself due to spatial disorientation, continued memory issues, and mood swings, and he began treatment for Post-Traumatic Stress Disorder and Traumatic Brain Injury.

He was honored with a Combat Action Ribbon for his service in Iraq, as well as a U.S. Marine Corps Good Conduct Medal, Sea Service Deployment Ribbon, National Defense Service Medal, Presidential Unit Citation, and Certificate of Commendation.

The funds raised at Walk for the Wounded will help Operation First Response, rated a four-star charity by Charity Navigator, support wounded soldiers and their families in times of crisis. More than 97 cents of every dollar raised will be donated directly to injured soldiers who are facing financial, physical, and emotional struggles.

Sponsorships and advertising opportunities are still available. To learn more about Walk for the Wounded, please contact Tricia Ciliberto at (609) 402-5190, or visit www.OperationFirstResponse.org