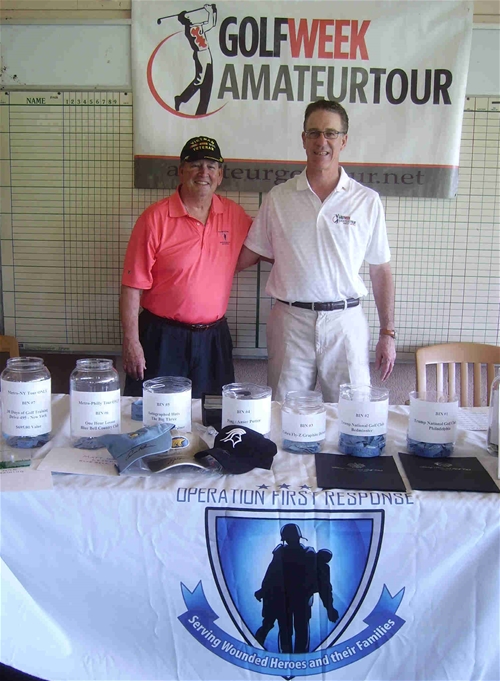 Fountain Green Golf Course at Fort Dix, NJ was the venue for the GOLFWEEK Amateur Tour (Philly Metro & Metro NY) tournament on May 28, 2016. The tournament, held at the military base on Memorial Day weekend, was a fundraiser for Operation First Response. Fifty-four tour members in five flights (and six guests) competed for trophies on a beautiful sunny afternoon. The golf course was in excellent condition with fast greens and challenging pin placements.

Thanks to Director Of Golf John Scott for working with us to obtain access to the military base for this special tournament.  The tournament raised over $2,300.00 for Operation First Response, which assists families of our military veterans with their daily needs. Thank you so much to everyone who participated for your kindness and generosity.