Walk for the Wounded Shows Support for Veterans 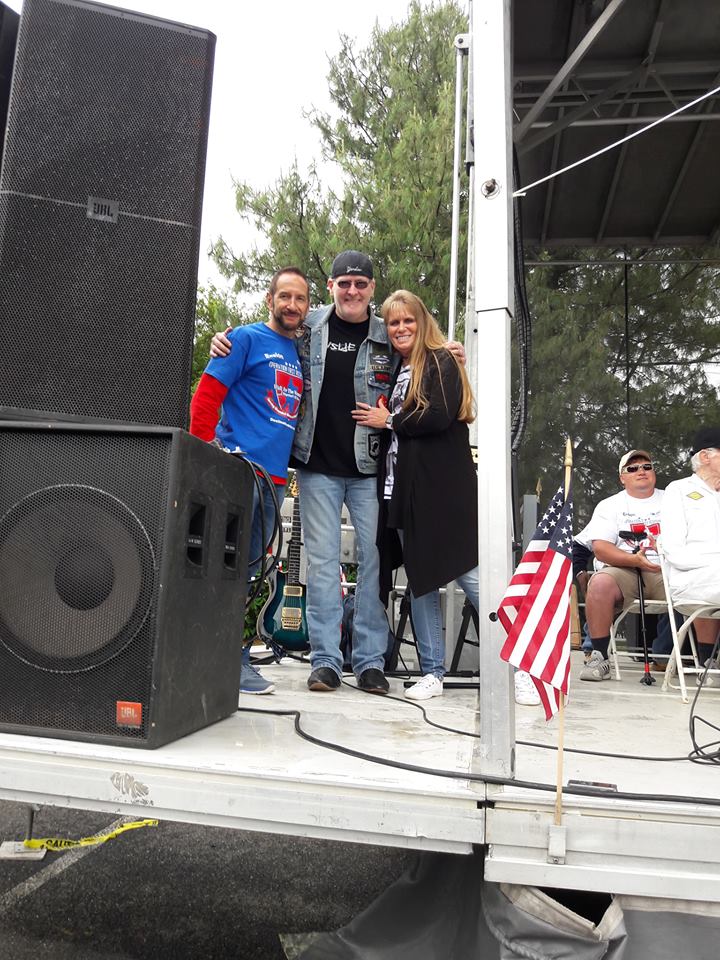 There was a chill in the air but that didn’t stop the gratitude and support shown to veterans at Operation First Response’s 10th Walk for the Wounded and Warriors 5K Run. People came from the Delaware Valley and beyond not only to walk but to honor those who serve.

The Phillie Phanatic showed up. Ukee Washington emceed the event. The All Veteran Group Skydivers parachuted into Rose Tree Park and motorcycles rolled in escorting the veterans who rode in vintage cars.

Operation First Response (0FR) helps wounded veterans and their families with financial support. Their aid can help with rent or mortgage payments, overdue utilities, vehicle payments, groceries, clothing transportation which includes taxi rides to and from Washington, D.C. area airports, dollars given to purchase gas for traveling by car to medical facilities and train tickets. Over the 10 years that they have been in existence, they have raised more than two million dollars that goes to veterans and their families. OFR has served more than 16,000 families since 2004.

Sgt. Carl David Duda joined the Marines in August 1989. He then switched to the Army and became an infantryman in 2005. He was severely wounded on Oct. 29, 2006 in Baghdad, Iraq. He was treated at Walter Reed Hospital from Nov. 2006 to 2012. Because of the severity of his wounds, he medically retired in 2012.

“I was hurt in 2006. I spent six years in Walter Reed Medical Center. Boredom sets in pretty fast,” Duda said. “This crazy group kept showing up and throwing parties for us. I got the opportunity to know Peggy and Nick (Constantino, senior advisor at OFR) and a lot of others from Operation First Response. I made a lot of lifetime friends through these people. A lot of times in the military, they make mistakes that you pay for later. I was given more money for my G.I. bill several times over several years. I had to pay it back all at once. They decided to take it all at once. I was a wounded soldier with a family of five and I didn’t know what to do and these crazy people from Walter Reed within days took care of every issue my family was having back home financially. It was an amazing experience. I never expected people to care that much or give their time. But more important than any assistance they have given is their friendship. They are always a phone call away and it’s not just financial assistance. If you need someone to talk to they are a phone call away.”

Two fallen warriors were honored: Staff Sgt. Joseph Kane – his sister Joanne Vogel read a poem dedicated to him and all those who serve; and Navy Seal Michael J. Strange – his father, Charlie talked about his son and the ultimate sacrifice of losing a child.

He started the Michael Strange Foundation that helps families to deal with their loss by having retreats headed by professional grief counselors at no cost.

Lt. General Ronald S. Coleman, retired Marine, who advanced to the rank of three-star Lt. General in 2006, was the guest speaker. General Coleman graduated from Darby-Colwyn High School and recently had a street named after him in Darby.

“What an honor to be here. I want to talk about the commitment of the folks here,” Coleman said. “When I came back from Vietnam in 1970, we landed in California; we were told the first thing you do is take off your uniform before you go off base. There were people out there who didn’t appreciate what we were doing. We were mostly drafted into a war that no one wanted. You look at the country now and there is a big difference. The military is muchly appreciated. If you think back to 9/11 in 2001, we have had 16 years of war: 16 years we have been at war. That means a child that went to first grade in 2001 is probably now a college graduate and she or he has seen nothing but war. But more importantly it’s what the families do in the background and what you all do to support our warriors and wounded warriors. My wife, the smartest person I ever met, said those that stay at home also serve; that’s what you all do, just by giving what you give, taking care of wounded and their families, you are a great participation in what this country needs and deserves. … Yes, you raised over two million dollars and all of that went back out. As that song says ‘we’re not tired yet.’ We have a lot more to give and a lot more to do to protect and take care of the servicemen and women in the greatest country on the face of the earth.”

Coleman surprised World War II Veteran Joseph Cassizzi of Drexel Hill with a plaque. Cassizzi joined the Army in 1941. He lost sight in one eye but still served. He was deployed to north Africa, Italy and France with Bravo Company. Cassizzi is 96 years old.

“As we continue to grow as a community, a team and a family, this journey and our hard work are far from over,” said Peggy Baker, president of OFR. “What we have accomplished has made a difference in the lives of thousands. What may seem so small and insignificant to you can be the tiny ripple of hope needed to save a family. What we do here today is so very important. May we never forget those who fought and sacrificed for our country so we may have the freedoms that we have cherished every day.”

Remembering those heroes who passed with a moment of silence and “Taps” played by members of Interboro’s Marching Band concluded the ceremony. Walkers young and old started on their own journey to show their support.