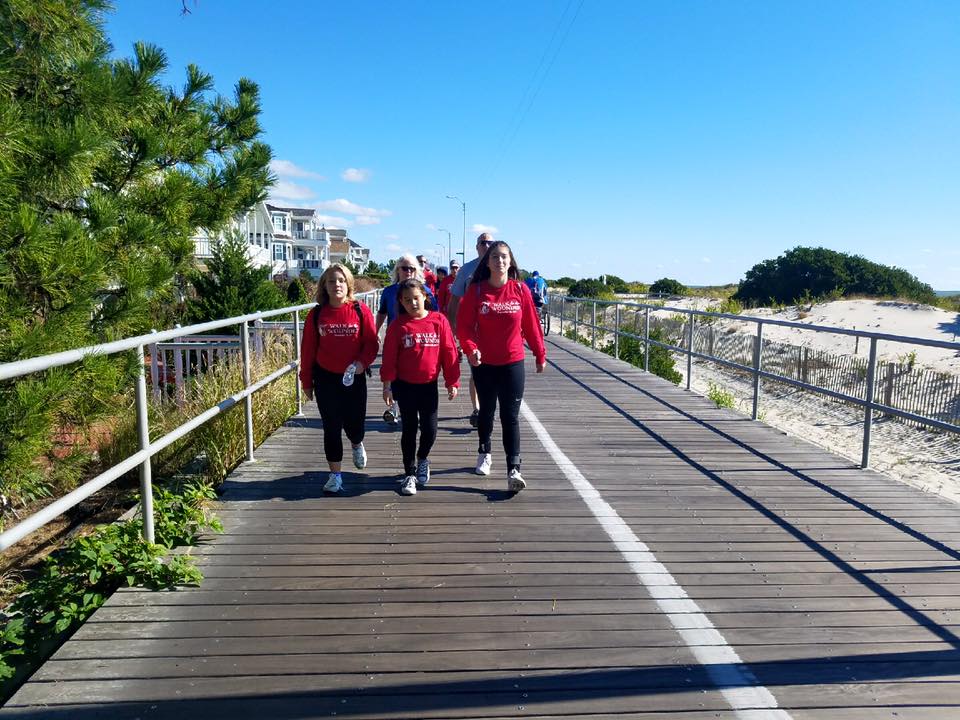 OCEAN CITY — Charles Strange stood at the podium set up outside the Music Pier on Saturday and talked about his son.

Michael Strange joined the Navy and was killed in Afghanistan in 2011. Charles set up the Michael Strange Foundation, which provides services for people coping with fallen service members.

“I buried my father, I buried my cousin, I buried close friends — not even in the same circle as burying a child,” he said.

He almost broke down in tears at one point while telling the story. He paused for several seconds.

Someone in the crowd around him yelled, “It’s OK, we’re with you.”

Hundreds of people came to the Boardwalk Saturday morning to support families of wounded soldiers during the ninth annual Walk for the Wounded.

The walk is hosted by Operation First Response, a nonprofit that provides financial assistance to wounded service members and families, and is sponsored by OceanFirst Bank.

The Boardwalk was filled with people wearing matching red shirts for the walk.

Nick Constantino, an adviser with Operation First Response, said the event generally gets hundreds of people to attend and has raised more than $600,000 for the organization since it’s been in operation. More than 300 people showed up Saturday morning for the walk, he said.

The event raises awareness of what veteran and military families go through when a member is wounded or killed in combat, he said.

“The community in Ocean City is so patriotic,” Constantino said. “A lot of the families come in and they bond; it’s almost like a reunion.”

Peggy Baker, founder and president of Operation First Response, spoke about the importance of patriotism and the sacrifice that service members make.

“I’m free today because someone fought, bled or died in my place,” she said at the opening ceremony.

Several walk attendees had family members in the military who either died or were wounded, and some wounded service members came out for the event.

Retired Sgt. Sean Lewis, who served in the Army, was injured in an explosion in 2004 in Iraq that resulted in him losing his right leg and suffering a traumatic brain injury.

Lewis was the first soldier to receive assistance from Operation First Response. He told his story and spoke to families, walkers and advocates before they took to the boards Saturday.

“For veterans with families, it’s a really, really difficult thing when you have to look at your kid and say, ‘Daddy’s not sure how we’re putting food in the house,’” he said. “Operation First Response are there to make sure you don’t have to do that.”